What's on your mind?

Note: do keep in mind, most of them are based on cartoon charaters, (especilly in Beautiful Hamster Girls: Freinds Forever! with the main heroines being based on the girls from peanuts)

If you don't know what I'm talking about, readthis:https://wattpad.wikia.com/wiki/Crystal_Jewels

We're near the end! I created Crystal Jewels for wattpad, and I need suggestions on how to end the series. There are many plotholes to cover.

~Marcy Kimensho, Kouchu's childhood rival, turns into an enemy, and joins Hunter Grai's force to use the Crystal Balls, summon Devil J, and destroy the world. What would happen next?

~Elliott Mitoa, Kouchu's gay friend, have been abandoned by his parents when he was 12. Will he meet them again?

~Will Kouchu ever meet his eldest missing brother on his way to becoming Master Champion?

~Will the other brawlers achieve their dreams?

Emma's Dream:Baking Expert and to own a Bakery Shop

Noah's dream:Traveling around the world

Sarah's dream:To own a fashion shop and best modeler

~Even though he have tried winning tournaments for 10 years, but still fails, but no one have achieved it, except for Raida, who was dead hundred years ago, and someone should take his place, but still no one got the title. Will Kouchu become Master Champion? Is his brother a Master Champion?

~What will happen to the Furious Five, and Grai? Did they disband? You don't have to answer all questions, I need suggestions, so how do you think it will end? Use your creativity if u want, anyway. But it has to be appropriate according to the story.

Today, I've posted the DangareepoI article and the anime will be released on August the ninth on my channel Tomoe Animation on YouTube.

Will you watch DangareepoI when its released?
Yes
No

This is the place to talk about your favorite topic, to share news, theories, ideas, and to connect with others. The content from your Forum has been converted to Discussions posts, so nothing has been lost.

To learn more about what you can do here, check out community.wikia.com/wiki/Help:Discussions

If you're an admin on this community, read more about how you can customize your Discussions and set up guidelines for contributors: community.wikia.com/wiki/Help:Admin_and_Moderator_Tools_in_Discussions

(edited by A Fandom user)

I'm sure I'm not the only one who wants the series to go on!

After some of my work has been stolen, I decided to help everyone to save their creations. So I created a template. It's a notice template, telling someone else to keep their hands of your work. You can add it to your pages, in order to protect them from thiefs.

Just replace the "User:FairySina" with your username and your name will show up.

I'm making a policy guideline. Please make sure that you read all of it and ensure that you follow the rules. Please be aware that I like to retain everybody's freedom, so I tried to make the policy fair as possible.

It can be found here. 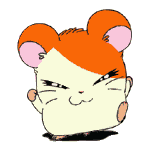 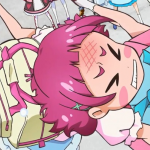 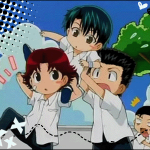 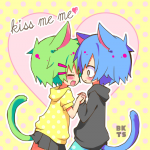