"Really. They are just a bunch of guys who like to gang up together to go against other people. There are nothing to be liked about them."
―Akari Tsukigawa, regarding AsterMan, source here

Akari is a young girl, standing for 150 cm and 45 kg. She has a long orange hair, and it reach her back. She also has a pair of lime colored eyes, and she usually wear a casual, modern clothes. And they are different, every day.

During her job, Akari usually wear a black coat. It is a long coat, and it reach her knees. She also wear a pair of brown colored boots, and she usually carry shot guns and riffles with her.

In the manga, Akari has a hair that is shorter than in the anime. He also has a cream hair instead of orange, and his eyes are dark green instead of lime colored.

Akari is a loner. Although she does not mind to be accompanied by other people. But, it is only applied to the people she knows the most. And she often scare away the people who want to talk to her. 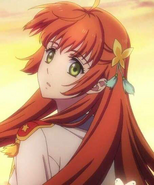 This is what i want Akari to looks like. 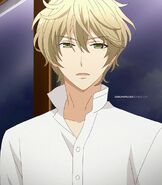 This is what i want male Akari to looks like.
Add a photo to this gallery
Retrieved from "https://allanimefanonandfandoms.fandom.com/wiki/Akari_Tsukigawa?oldid=28672"
Community content is available under CC-BY-SA unless otherwise noted.