14 year old Angela is a smart but shy girl who's life is changed forever when she meets a talking dog wearing a crown who claims to be prince from another world.  This chance encounter causes an attack from the Daemonium Alis Kingdom and leads to her awakening as Pretty Cure.  She decides to help the cursed prince, who's name is Adelio, find a powerful object known as the Crsytal Heart of Legends and save both earth and his world.  She is soon joined by other Pretty Cures, who all have things and people they want to protect from the Daemonium Alis Kingdom.

She is a smart and energetic but shy girl who loves reading and learning new things.  She was sickly as a young child but became healthy around age 6.  She does good in school but is not very athletic and can be clumsy at times.  She also has tendency to never give up and will stand up for what she believes in despite her shyness.  She secretly has a great love for movies and video games.

As a Pretty Cure, her theme is angels and her theme colour is pink.  She draws her power from mythology and her element is light.

She is a kind and generous girl with great common sense who loves baking and painting.  She dreams of finding a boyfriend and is child-hood friends with Angela.  She seems to be clumsy but is actually an expert at kung-fu.  She enjoys baking sweets to share with people and is known for being a reasonable person.  She loves to watch cartoons  and read fairytales in her free time.

As a Pretty Cure, her theme is fairies and her theme color is purple.  She draws her power from fairytales and her element is nature.

She is a smart and sassy but stubborn girl who enjoys technology and engineering.  She dreams of being an computer scientist when she grows up.  She knows her way around a computer and is good at hacking.  She is good in an argument and will almost win an argument when she gets into one.  She enjoys watching different types of TV shows when she has the time.

As a pretty cure, her theme is werewolves and her theme colour is blue.  She draws her power from folklore and her element is gemstones.

She is a sweet and passionate but scatterbrained girl who loves singing, dancing, and travel.  She someday wants to travel all around the world.  She doesn't get the best grades but is very athletic and a good singer.  She sometimes seems to lack common sense and has a tendency to get into crazy situations.  She enjoys travel books and TV shows.

As a pretty cure, her theme is ghosts and her theme colour is yellow.  She draws her power from Urban Legends and her element is wind.

The crown prince of the Aliquam Legend Kingdom who was cursed into the form of a puppy on the day he was supposed to be crowned king.  His mother, Queen Portia, was the one who cursed him.  He escaped to the human world with the help of his cousin Ciara who is now working for his stepmother due to her being brainwashed.  He starts living with Angela after her awakening as a Pretty Cure due to her being the only person he feels he can trust at first.

He is an outgoing, smart, and brave but slightly arrogant and stubborn prince.  He wants to find a way to break his curse and find the Crystal Heart of Legends so he can return to his kingdom and take his rightful place as a king.

Angela's father who is world famous Japanese chef and owner of a gourmet Japanese restuarant.

Angela's mother who is retired Broadway Star who now works a Broadway producer and director.  She is from an elite and wealthy Family.

Lily's father who is the owner and CEO of a billion-dollar hotel chain.  He and Lily's mother are devorced.

Lily's older sister who is a university student studying to be an archeologist.

Rieka's mother who is a famous fashion designer.

Rieka's older brother who is a high school senior and football player.

Rieka's little sister who is still in elementary school.

Enid's mother who is a famous writer.  She lost her husband to cancer 3 years earlier.

Enid's little brother who is in middle school.

A girl from another school who discovers the Pretty Cure's true identities and becomes friends with them after she agrees to keep their identities a secret.  She is an honour student and the daughter of a cop and Lana River city commisioner.  She has a strong sense of justice and loves cute things. 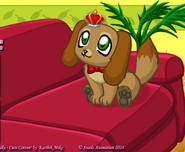